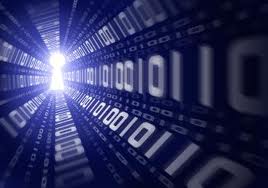 Traditionally network administrators have always been vigilant about what type of internet bandwidth usage was allowed to pass their routers – from the outside.

Sophisticated firewall access rules are always maintained to make sure only specific services were advertised and made available using internet bandwidth. A speed test of your bandwidth will only show a brief moment of your internet performance for that speed test.

The most common inbound traffic servicing the internet was perhaps an internal Email, Web, or FTP server.

Never a second thought is given to outbound internet bandwidth usage traffic through a speed test. Most router configurations today by default allow full unrestricted outbound internet traffic, and most IT staff leave it that way.

However with today’s proliferation of malware, and Trojan infections, an infected internal system will easily overtake your internet bandwidth usage speeds bringing your overall internet access down to a crawl, a speed test may not reflect that.

We suggest you take an inventory of necessary services your users can identify are needed for business use.

Most all needed traffic fall under just a few well known ports including; DNS, Web, Email, or Terminal Services. All other non-essential internet bandwidth outbound traffic should be blocked and monitored.

A recent noninvasive case we encountered was where a company’s entire staff was intermittently complaining of slow internet bandwidth, affecting business performance. After some investigation beyond a speed test, it was found that 40% of all internet bandwidth traffic was being used by an uncommon TCP port from a single computer. When we questioned the user if they were using any special application the reply came back as negative a speed test confirmed.

We decided to take the “Block and Wait” approach. Within a day the user called our help desk to complain.
“My home video baby monitor is not working”.

Yes the user installed a home webcam which was streaming live video of her infant which she could monitor from work. Of course no interest was taken to use lower resolution or video refresh rates. Meanwhile the entire company staff was struggling with spotty and sluggish internet usage for days. This also included troubleshooting with the internet bandwidth provider using a speed test and multiple reboots of the internal equipment and routers and a repeated speed test. All causing even more aggravation and temporary outages for the company which a speed test could not detect.

To evaluate if your organization can benefit from an overview of your internet bandwidth usage management plan beyond a simple speed test please email us at support@shadik.com

admin : Hey this is great info! Thanks